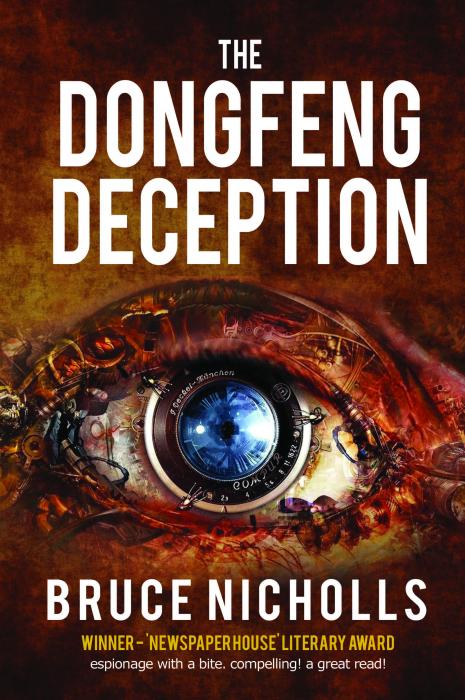 In the final days of the Cold War, a Russian agent is tortured for information and left for dead.

Bruce Nicholls writes from an intimate knowledge of diplomatic and political affairs, having served in Australia's Foreign Service, with postings to India, Germany, Switzerland, China and Hong Kong. In the 90s, he returned to a corporate life in Australia, serving on the boards of several private and public listed companies, on the boards of major public corporations and in public policy and political advisory capacities. He chairs a bipartisan public policy think tank and is a prolific writer and advocate of democratic rights. His first fiction, ‘Codename Sentinel', won the coveted Newspaper House Annual Literary Award and was described as ‘the standout entry from a field of over 70 manuscripts'. Like his first novel, this work draws upon extensive research into geopolitical affairs to add edge and poignancy to his plot. Bruce travels widely, speaks German, Hindi and Mandarin Chinese and is enjoying the autumn of his years with his wife, Annie, on their historic rural holding, Carlsberg, located near Melbourne, Australia.

‘A curious word, Dongfeng, the Mandarin for East Wind. It was a clever name for a missile that would send a chill wind from China's Forbidden City to the halls of the White House, with forces on both sides scrambling to heightened military alert.'
In the final days of the Cold War, a Russian agent is tortured for information and left for dead. An ambitious young American ensures that the intelligence he has extracted is used to give him his big break.
Thirty-five years later, Charles Ritter is smugly satisfied with his new role as Deputy Director of the CIA. But Anatoly Pushkin, having survived his ordeal and himself having risen to become the Russian Security Chief, is out for revenge - both on Ritter personally and on the United States. His plan - to mastermind a deception, which could well be the catalyst for a nuclear confrontation with China. If the Dongfeng deception achieved that outcome, a largely innocent world would pay a high price.
In this truly gripping political thriller, fiction mimics reality. The author exploits the chilling reality that the US has created a ‘Space Force', a new battle-front in space, and that five European and Asian powers now possess Electromagnetic Pulse Weapons, classified by the UN as Weapons of Mass Destruction.